We call our place Kiwi Cove because it’s an ocean front property and we grow kiwi fruit!  We have kiwi recipes, too!

We planted the kiwi vines in 1997 in a sunny and wind protected area near the waterfront. A 6-ft overhead trellis system, called a pergola offers support to the vines. When mature, the vines create a thick overhead canopy. The rows are slightly contoured to assist drainage and there is an above ground irrigation system. Kiwi vines require a generous irrigation schedule. Mature vines are capable of producing 100 lbs. of fruit and reportedly live for 40 years or more. Our ¾ acre vineyard holds 134 vines. In the fall of 2001, the first crop was harvested. Arguta Kiwi are bite size cousins of the fuzzy variety that you usually find in stores. They have the same green flesh and ring of seeds, but have no fuzz and can be eaten like a grape. Arguta have twice the sugar content of the fuzzy kiwifruit.The varieties of hardy kiwi that are grown at Kiwi Cove in Ladysmith BC are;  Ananasnya (Anna), Dumbarton Oaks, Michigan State, and 74-49.

There are more than 100 Arguta vines in our vineyard. They bloom in June and ripen on the vine in October. There are many fuzzy varieties available. At Kiwi Cove, we have the Hayward variety which is the variety sold in stores, and we also have Elmwood, and Sannichton varieties of female. One variety of fuzzy male pollinates them all, called Tomuri.

Compared to the fine leaf of the hardy kiwi vines, fuzzy kiwi have a much larger leaf, often getting as large as a dinner plate! The blooms appear in mid June and it is interesting to compare the male flowers to the female flowers. By July, the fruit is formed but needs to remain on the vine until the frost in autumn.  Even then, they do not ripen on the vine, but are harvested all at once and are placed into cool storage where they will slowly ripen. If the fruit is taken out of storage and placed at room temperature it will ripen somewhat faster. It is also possible to hasten the ripening by placing them in a plastic bag with a ripe apple or banana. 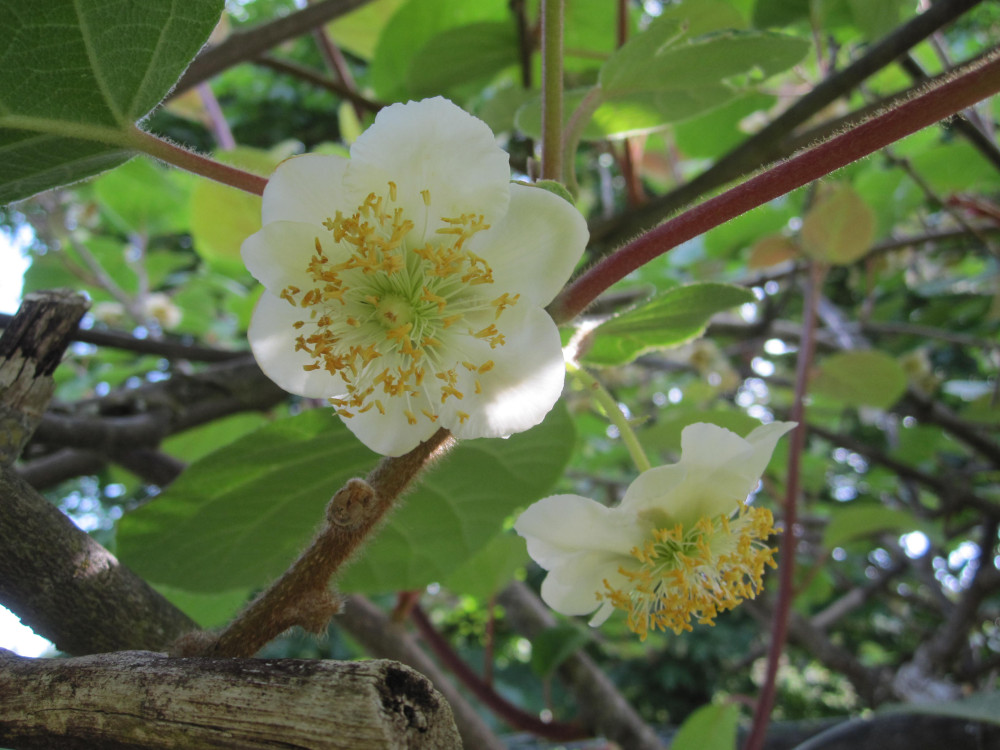 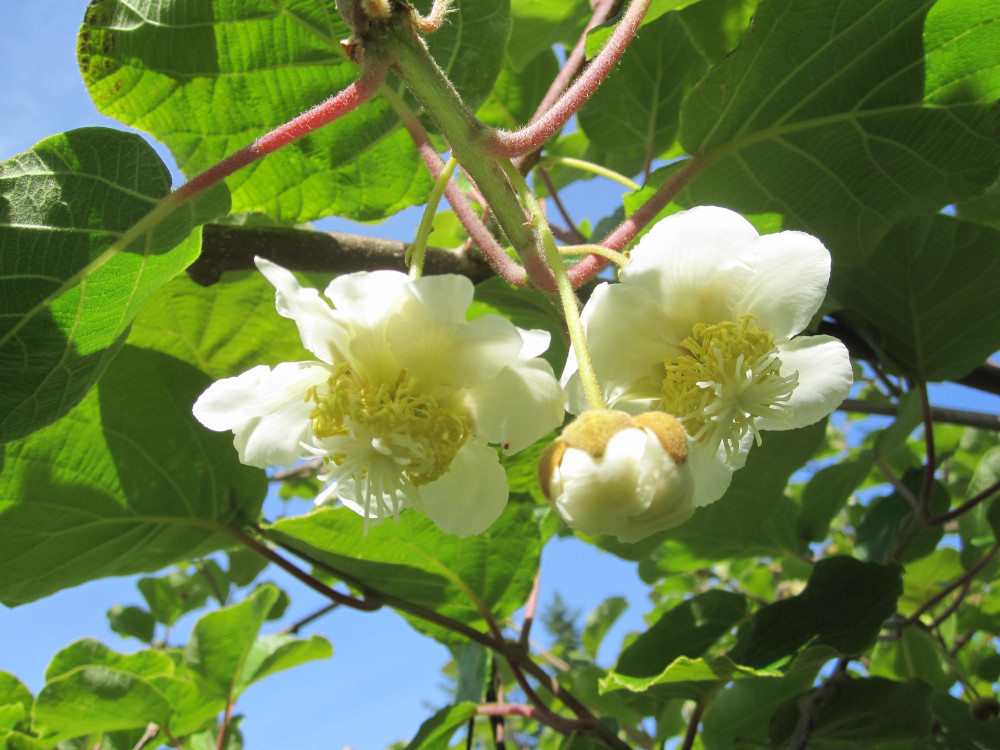 Click on the image above to view out scrumptious original recipes using home-grown kiwi . . . ENJOY! Kiwi vines are amazing plants with lots of attitude and are really fun to grow. The fruit is beautiful and delicious and deserves first prize for nutritional value! Click on image above for a 28 page booklet on growing kiwi.

Nutritional Information of an Average Kiwifruit